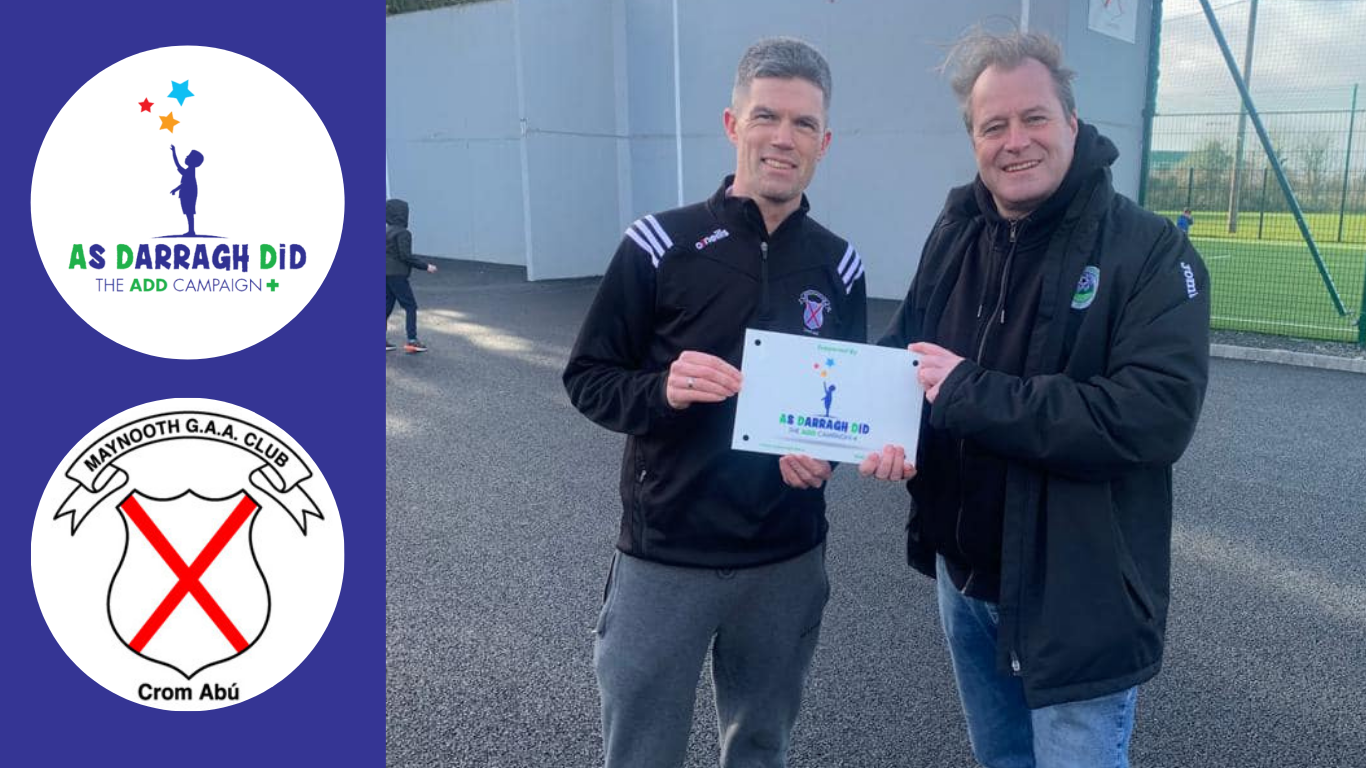 As Darragh Did is delighted to support the club in their goal to a handball into as many children’s hands as possible so that when they open their new courts, everyone will have a chance to participate in a sport for free.

In Maynooth, there is a number of mature players, most of whom have had great success in external competitions. They also run highly competitive games among themselves and friends who play in other clubs nearby.   It is hoped to expand the juvenile section of the Handball club in the coming months. The funds from As Darragh Did will help with this.